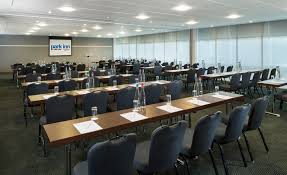 Zürich is one of the largest city in Switzerland; it is the capital of the canton of Zürich. It is located at the north-western tip of Lake Zürich .The municipality has 400,028 approx. Zürich metropolitan area is about 1.83 million. Zürich city is a hub for railways, road ways, and air traffic, The Zürich Airport and railway station are largest and very busiest in the country. It is situated at 408m above sea level. Zürich has different climatic zones. According to several surveys, Zürich was Called the city with the best quality of life in the world and as well as the wealthiest city in the Europe. Zürich ranked first in Monocle’s 2012 “Quality of Life Survey” among the world and also the wealthiest city in Europe.

Most of the research and development centres of Switzerland are concentrated in Zürich and the low tax rates attract overseas companies to set up their headquarters in Zürich Marathon is very popular sport event, inviting numerous athletes from every corner of the globe .The Economist Intelligence Unit’s Global Liveability Ranking sees Zürich rank among the top ten most liveable cities in the world.

It is one of the most important art museums of cultural history in Europe. It is located in the city of Zurich, Switzerland's largest city, next to the Hauptbahnhof. The museum building of 1898 in the historicist style was built by Gustav Gull in the form of the French Renaissance city chateaus. His impressive architecture with dozens of towers, courts and his astonishing park on a peninsula between the rivers Sihl and Limmat has become one of the main sights of the Old City District of Zurich.

The Fraumünster Church in Zurich is built on the remains of a former abbey for aristocratic women which was founded in 853 by Louis the German for his daughter Hildegard. He endowed the Benedictine convent with the lands of Zurich, Uri, and the Albis forest, and granted the convent immunity, placing it under his direct authority. Today, it belongs to the Evangelical Reformed Church of the Canton of Zürich and is one of the four main churches of Zürich.

The Grossmünster was a monastery church, vying for precedence with the Fraumünster across the Limmat throughout the Middle Ages. According to legend, the Grossmünster was founded by Charlemagne, whose horse fell to its knees over the tombs of Felix and Regula, Zürich's patron saints. The legend helps support a claim of seniority over the Fraumünster, which was founded by Louis the German, Charlemagne's grandson. Recent archaeological evidence confirms the presence of a Roman burial ground at the site.

Lake Zürich is formed by the Linth river, which rises in the glaciers of the Glarus Alps and was diverted by the Escher canal (completed in 1811) into Lake Walen from where its waters are carried to the east end of Lake Zürich by means of the Linth canal (completed in 1816). The waters of the Lake of Zürich flow out of the lake at its north-west end, passing through the city of Zürich; however, the outflow is then called the Limmat. The culminating point of the lake's drainage basin is the Tödi at 3,614 metres above sea level

First mention of the St. Peter's Church is in records dating to 1209. The church was a masonry construction and therefore undamaged by a city fire in Riga that year. The history of the church can be divided into three distinct periods: two associated with Gothic and Romanesque building styles, the third with the early Baroque period. The middle section of the church was built during the 13th century, which encompasses the first period. The only remnants of this period are located in the outer nave walls and on the inside of a few pillars in the nave, around which larger pillars were later built.

Between the Bahnhofstrasse and the left bank of the Limmat, the western half of Zürich's old town is where the Romans built their fortified settlement, in what's now the quiet tree-shaded Lindenhof. From its terrace is a beautiful view of the old town. In the eastern part of the old town, across the river, you'll find a warren of charming old streets. Heading up Münstergasse, you'll come to the Napfgasse, with the Brunnenturm, which was headquarters of the Lombard money-changers in the 14th and 15th centuries. Haus zum Napt, at number 6, has a fine interior with rooms furnished in Renaissance style.

Zürich's "Main Street" is the busy pedestrianized Bahnhofstrasse, stretching from the main train station (bahnhof) to the Bürkliplatz at the head of the lake. The 1,200-meter street is one of the most attractive shopping streets in Europe, enlivened by fountains, public art, trees, and distinguished buildings. Although many of the shops that line it are filled with furs, fashions, jewelry, and other high-end goods, their smartly decked windows and the buildings themselves make it a popular place for everyone to stroll.

Along the Limmatquai, a popular riverside shopping street, are a number of elegant old guild-houses with sumptuous interiors reflecting the wealth of the guilds which governed the town until 1789. Many of them now house restaurants, so you can get a look inside at the 1719 Haus zur Saffran (number 54); the 1660 Haus zur Rüden (42); and the two-storied Haus zur Zimmerleuten (40) from 1709, with a beautiful oriel window. Zürich's Town Hall, the Rathaus, is easy to spot, as it overhangs the river and is supported on wide arches at the east end of the Rathausbrücke. Constructed between 1694 and 1698, the massive Late Renaissance building has rich sculptured decoration and a Baroque ceremonial hall that is well worth seeing.